Viola Davis became the first African American woman to win an Emmy for Best Actress in a Drama and her Acceptance Speech was incredible. Check out her speech below:

“In my mind, I see a line. And over that line, I see green fields and lovely flowers and beautiful white women with their arms stretched out to me over that line. But I can’t seem to get there no how. I can’t seem to get over that line. That was Harriet Tubman in the 1800s. And let me tell you something: The only thing that separates women of color from anyone else is opportunity.
You cannot win an Emmy for roles that are simply not there. So, here’s to all the writers, the awesome people that are Ben Sherwood, Paul Lee, Peter Nowalk, Shonda Rhimes. People who have redefined what it means to be beautiful, to be sexy, to be a leading woman, to be black. And to the Taraji P. Hensons and Kerry Washingtons, the Halle Berrys, the Nicole Beharies, the Meagan Goodes, to Gabrielle Union. Thank you for taking us over that line.  Thank you for the Television Academy. Thank you.” 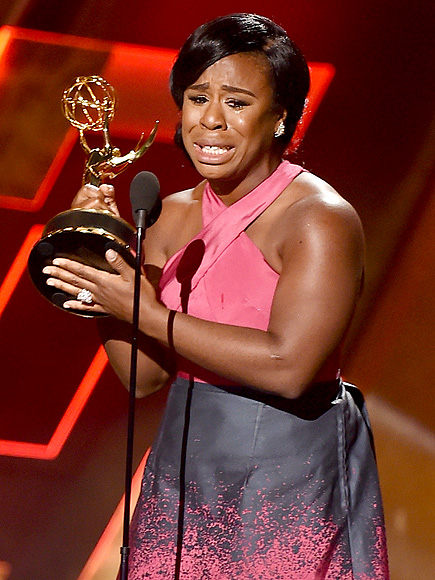 The second memorable moment for me was when Uzo Aduba (“Crazy Eyes” from Orange is the New Black) won her Emmy. She made history by winning an Emmy (she won in 2014) for the same character back-to-back. 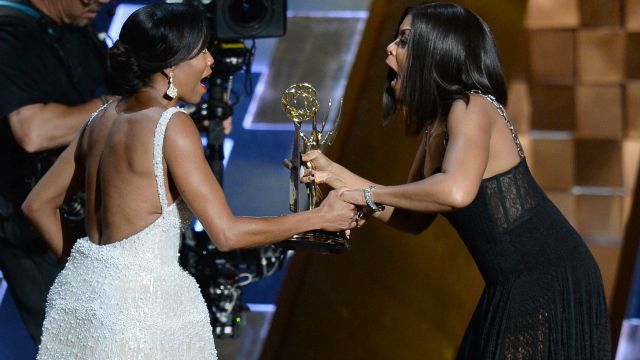 The third memorable moment of the 2015 Emmys was when Regina King won her Emmy and the love and support she received from Taraji P. Henson. She was so excited for her fellow actress and friend.

It was great to see beautiful African American women who are great actresses get recognized for their hard work in the television industry. Good job ladies!